HISTORY OF PHARMACEUTICAL COMPANIES AND OPIOIDS

The country is in the midst of a public health crisis stemming from the flood of opioids pouring into her cities and counties. The opioid epidemic has been fueled by the greed of the corporate elite, such as Fortune 500 behemoth McKesson Corp., failing to detect and report “suspicious” orders of opioids, despite being required to do so by federal and state law.

In January 2017, McKesson, the largest drug distributor in the nation, was fined a record $150 million by the federal government for its blatant failure to report suspicious orders in violation of federal law. Cardinal Health, another member of the “Big Three” drug distributors, was fined $44 million for its own failures to report suspicious narcotic orders to the DEA.

HOW OPIOID ABUSE AFFECTS OUR CITIES

Instead of instituting controls to stop opioid abuse and alerting authorities to suspicious orders, distributors instead have chosen to abuse their privileged position, lining their pockets by shipping massive quantities of drugs to pharmacies and dispensaries without performing any checks.

The cities and counties impacted by effects of this corporate greed are left to pay the freight for this malfeasance through increased healthcare and law enforcement costs – and through the lives of their citizens.

THE EFFECT ON OUR CITIZENS 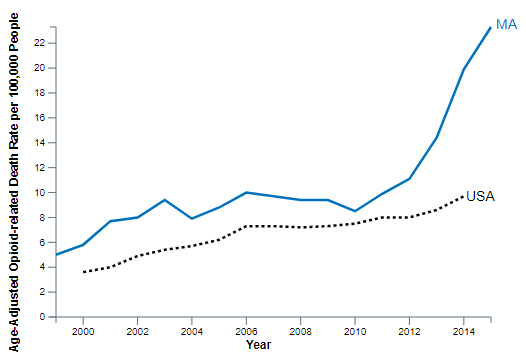 Opioid abuse cannot be fought alone. MOLA represents some of the most experienced law firms in pharma cases.

LET’S WORK TOGETHER TO PUT AN END TO OPIOID ABUSE

We have assembled a consortium of legal experts with decades of experience fighting big pharma. We can only put an end to this crisis by teaming up with cities across Massachusetts to stop opioid abuse and the devastating effect it has on our communities.